A Primeval Mechanism of Tolerance to Desiccation Based on Glycolic Acid Saves Neurons in Mammals from Ischemia by Reducing Intracellular Calcium-Mediated Excitotoxicity. 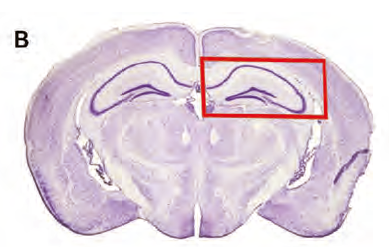 Stroke is the second leading cause of death and disability worldwide. Current treatments, such as pharmacological thrombolysis or mechanical thrombectomy, reopen occluded arteries but do not protect against ischemia-induced damage that occurs before reperfusion or neuronal damage induced by ischemia/reperfusion. It has been shown that disrupting the conversion of glyoxal to glycolic acid (GA) results in a decreased tolerance to anhydrobiosis in Caenorhabditis elegans dauer larva and that GA itself can rescue this phenotype. During the process of desiccation/rehydration, a metabolic stop/start similar to the one observed during ischemia/reperfusion occurs. In this study, the protective effect of GA is tested in different ischemia models, i.e., in commonly used stroke models in mice and swine. The results show that GA, given during reperfusion, strongly protects against ischemic damage and improves functional outcome. Evidence that GA exerts its effect by counteracting the glutamate-dependent increase in intracellular calcium during excitotoxicity is provided. These results suggest that GA treatment has the potential to reduce mortality and disability in stroke patients.