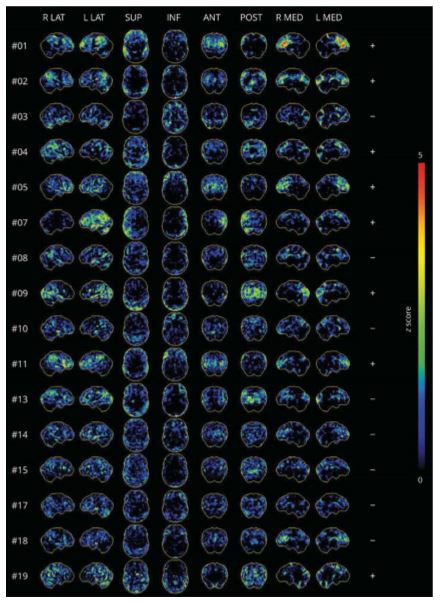 Conclusion NPC heterozygosity, which has a carrier frequency of 1:200 in the general population, is associated with abnormal brain metabolism and functional consequences. Clinically silent heterozygous gene variations in NPC1 may be a risk factor for late-onset neurodegeneration, similar to the concept of heterozygous GBA mutations underlying Parkinson disease.