The effect of mechanical stress on the proliferation, adipogenic differentiation and gene expression of human adipose-derived stem cells 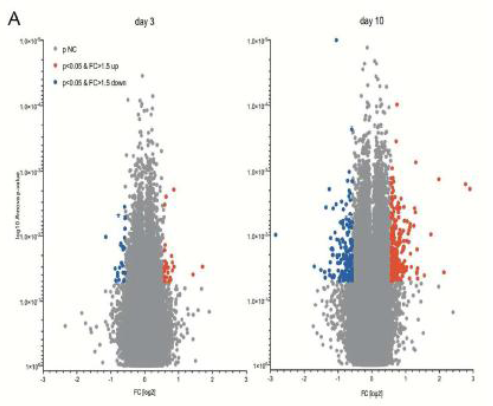 To allow for a better implementation of external volume expansion to clinical applications for soft tissue regeneration, it is necessary to comprehensively understand the underlying mechanisms. Since human adipose-derived stem cells (hASCs) play a crucial role in soft tissue enlargement, we investigated the impact of cyclic stretch on gene expression, proliferation rate, and adipogenic differentiation of these cells. After cyclic stretching, RNA was extracted and subjected to DNA microarray analysis and RT-qPCR. Also, the expression of FABP4 mRNA was analysed by RT-qPCR to test whether mechanical stretch affected adipogenic differentiation of hASCs. Proliferation rate was assessed by alamarBlue assay and Ki-67 staining. Cell cycle analysis was performed with flow cytometry and Western blot. We found that cyclic stretch significantly induced the expression of CYP1B1 mRNA. Further, the adipogenic differentiation of hASCs was impaired as was the proliferation. This was partly due to a decrease in extracellular signal-regulated kinase (ERK) 1/2 and histone H3 phosphorylation, suggesting a growth arrest in the G2/M phase of the cell cycle. Enrichment analyses demonstrated that stretch-regulated genes were over-represented in pathways and biological processes involved in extracellular matrix organisation, vascular remodelling, and responses to cell stress. Taken together, mechanical stress impaired both the proliferation and adipogenic differentiation, but led to a tissue-remodelling phenotype of hASCs. These data suggest that extracellular matrix remodelling and neoangiogenesis may play a more important role in external volume expansion than proliferation and adipogenesis of hASCs.