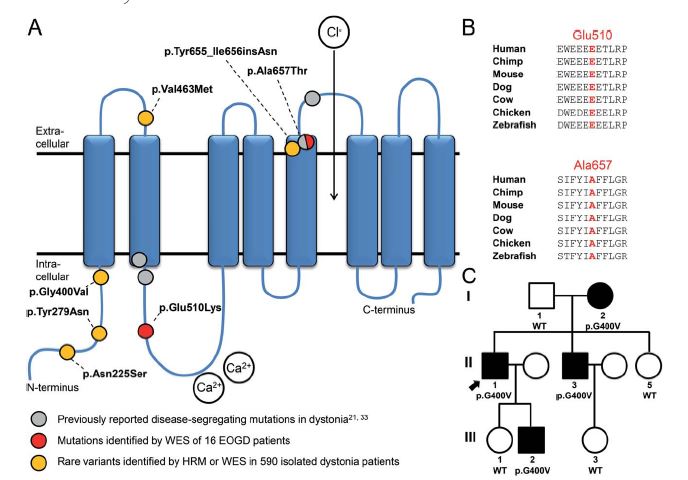 Background
Dystonia is clinically and genetically heterogeneous. Despite being a first-line testing tool for heterogeneous inherited disorders, whole-exome sequencing has not yet been evaluated in dystonia diagnostics. We set up a pilot study to address the yield of whole-exome sequencing for early-onset generalized dystonia, a disease subtype enriched for monogenic causation.

Methods
Clinical whole-exome sequencing coupled with bioinformatics analysis and detailed phenotyping of mutation carriers was performed on 16 consecutive cases with genetically undefined early-onset generalized dystonia. Candidate pathogenic variants were validated and tested for cosegregation. The whole-exome approach was complemented by analyzing 2 mutated yet unestablished causative genes in another 590 dystonia cases.

Conclusions
Our study identified whole-exome sequencing as an effective strategy for molecular diagnosis of early-onset generalized dystonia and offers insights into the heterogeneous genetic architecture of this condition. Furthermore, it provides confirmatory evidence for a dystonia-relevant role of ANO3 and ADCY5, both of which likely associate with a broader spectrum of dystonic expressions than previously thought. © 2016 International Parkinson and Movement Disorder Society.