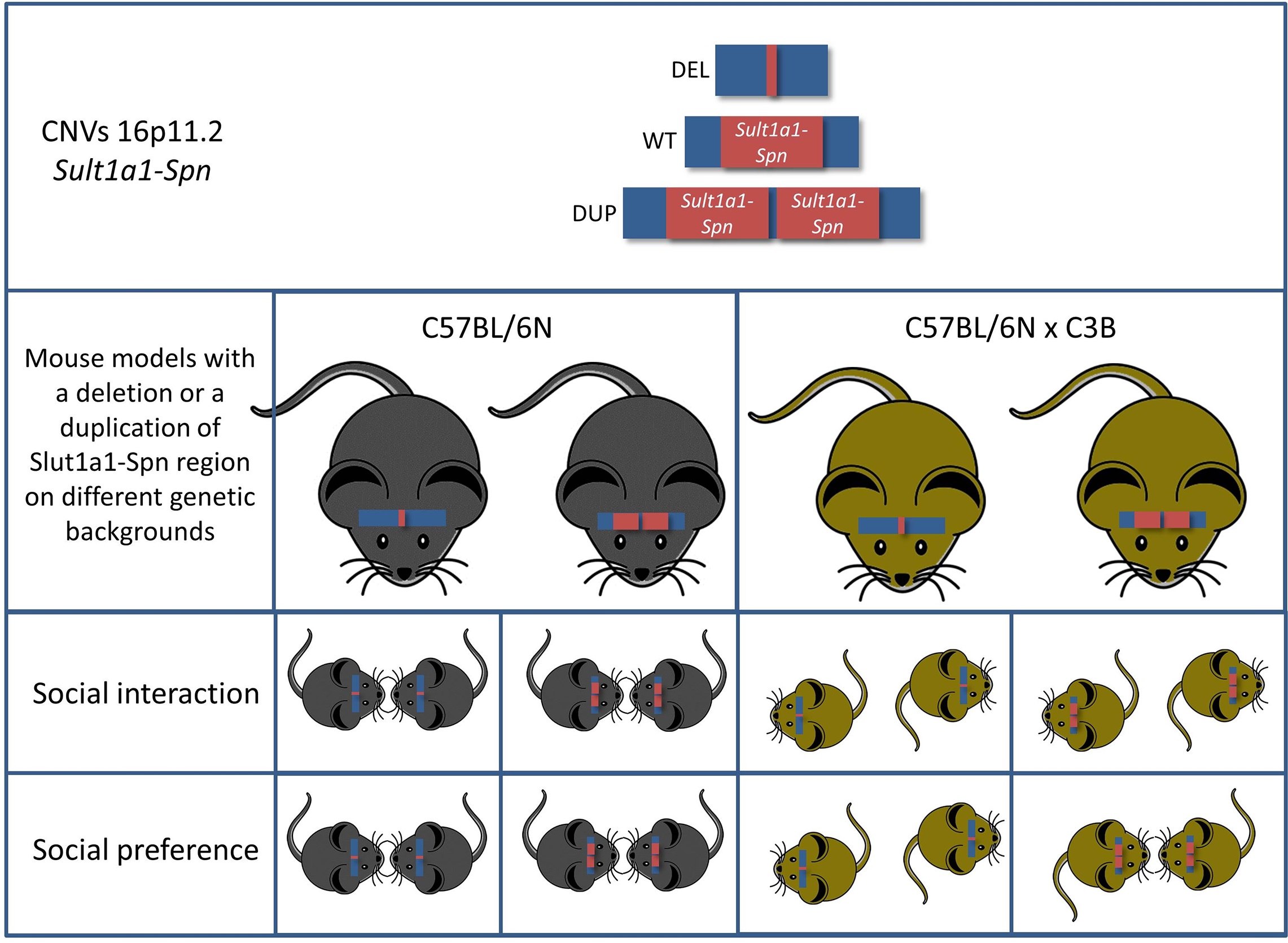 Autism spectrum disorder (ASD) is a complex, neuropsychiatric disease, characterized mainly by social interaction deficits, language impairments, and repetitive, stereotyped behaviors already apparent in early childhood. The incidence of ASD is currently about one in 100 newborns with an increasing frequency. ASD is a very heterogeneous disease with a high degree of phenotypic and genotypic variability. More than 100 genes and genomic regions have been associated with ASD, each associated only with a small subset of patients. ASD is primarily diagnosed based on the occurrence of two behaviors: (i) stereotyped and repetitive patterns of behavior and restricted interest and (ii) impaired social interaction and communication. However, there are additional phenotypic alterations observed, such as mental retardation, anxiety, attention deficit hyperactive disorder (ADHD), and epilepsy. The genetic complexity and the behavioral variations pose a major obstacle in modelling ASD in mice. Mice are still necessary in order to unravel underlying molecular mechanisms. The insights into these molecular mechanisms will lead to better treatment regimens. Thus, animal models are valuable and urgently needed. However, to achieve this goal, at least two major difficulties have to be addressed: (i) the often imprecise modelling of the human genomic mutation and, foremost, (ii) the neglect of the effects that genetic background has on the manifestations of symptoms. The latter is of utmost importance for the field of mouse models in ASD since it is known that behavior, which is up to now the only diagnostic criteria for ASD (see above), is strongly dependent on the genetic background [1,2].