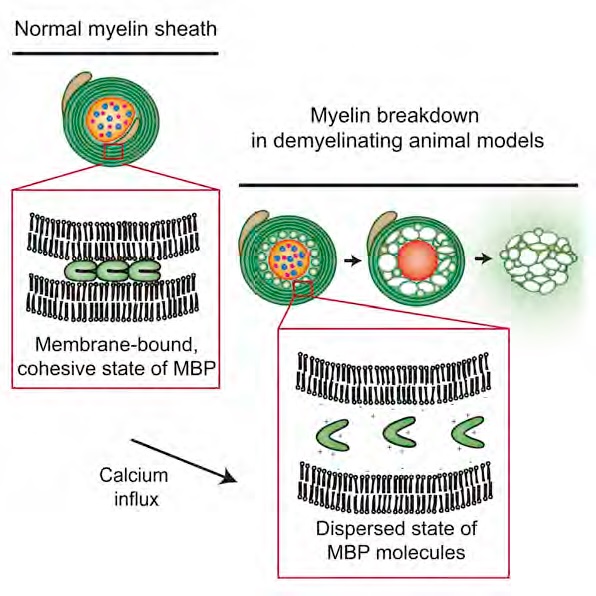 Breakdown of myelin sheaths is a pathological hallmark of several autoimmune diseases of the nervous system. We employed autoantibody-mediated animal models of demyelinating diseases, including a rat model of neuromyelitis optica (NMO), to target myelin and found that myelin lamellae are broken down into vesicular structures at the innermost region of the myelin sheath. We demonstrated that myelin basic proteins (MBP), which form a polymer in between the myelin membrane layers, are targeted in these models. Elevation of intracellular Ca2+ levels resulted in MBP network disassembly and myelin vesiculation. We propose that the aberrant phase transition of MBP molecules from their cohesive to soluble and non-adhesive state is a mechanism triggering myelin breakdown in NMO and possibly in other demyelinating diseases.