Stroke research at the crossroads – where are we heading? 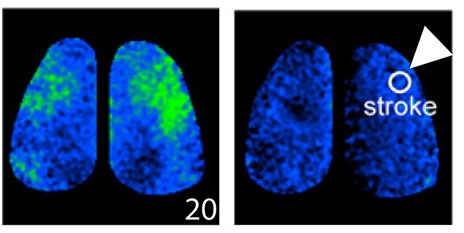 Stroke causes 5.7 million deaths annually. This ranks stroke as the second most common cause of death and, additionally, it is a major cause of disability. Because of an ageing population, stroke incidence and costs will greatly increase in the future. This makes stroke an ongoing social and economic burden, in contrast to the only very limited therapeutic options. In the last decade vast sums were spent on translational research focused on neuroprotective strategies in the acute phase of ischaemic stroke. A plethora of candidate agents were tested in experimental models and preclinical studies, but none was proven effective in clinical trials. This gave rise to discussions about the possible reasons for this failure, ending up mainly with criticism of methodological aspects of the preclinical and clinical studies, or of the relevance of animal studies in drug development. Indeed, the question could rather be whether neuroprotection is the right target for successful stroke treatment. In this context, a paradigm change can currently be observed: the focus of experimental and translational stroke research is shifting from early neuroprotection to delayed mechanisms such as stroke-associated comorbidities, regeneration and plasticity. In this review we highlight a few recently emerging fields in translational stroke research. One such topic is the crosstalk between immunity and the injured brain as key pathomechanism in stroke. On one hand, innate and adaptive immune cells play an important role in the fate of injured brain tissue after stroke; on the other, peripheral immune alterations are critically involved in post-stroke comorbidities. Another emerging research area is the analysis of mechanisms involved in regeneration and neuronal plasticity after stroke. Here, we discuss the current understanding of basic mechanisms involved after brain injury, clinical imaging approaches and therapeutic strategies to promote regeneration in stroke patients.