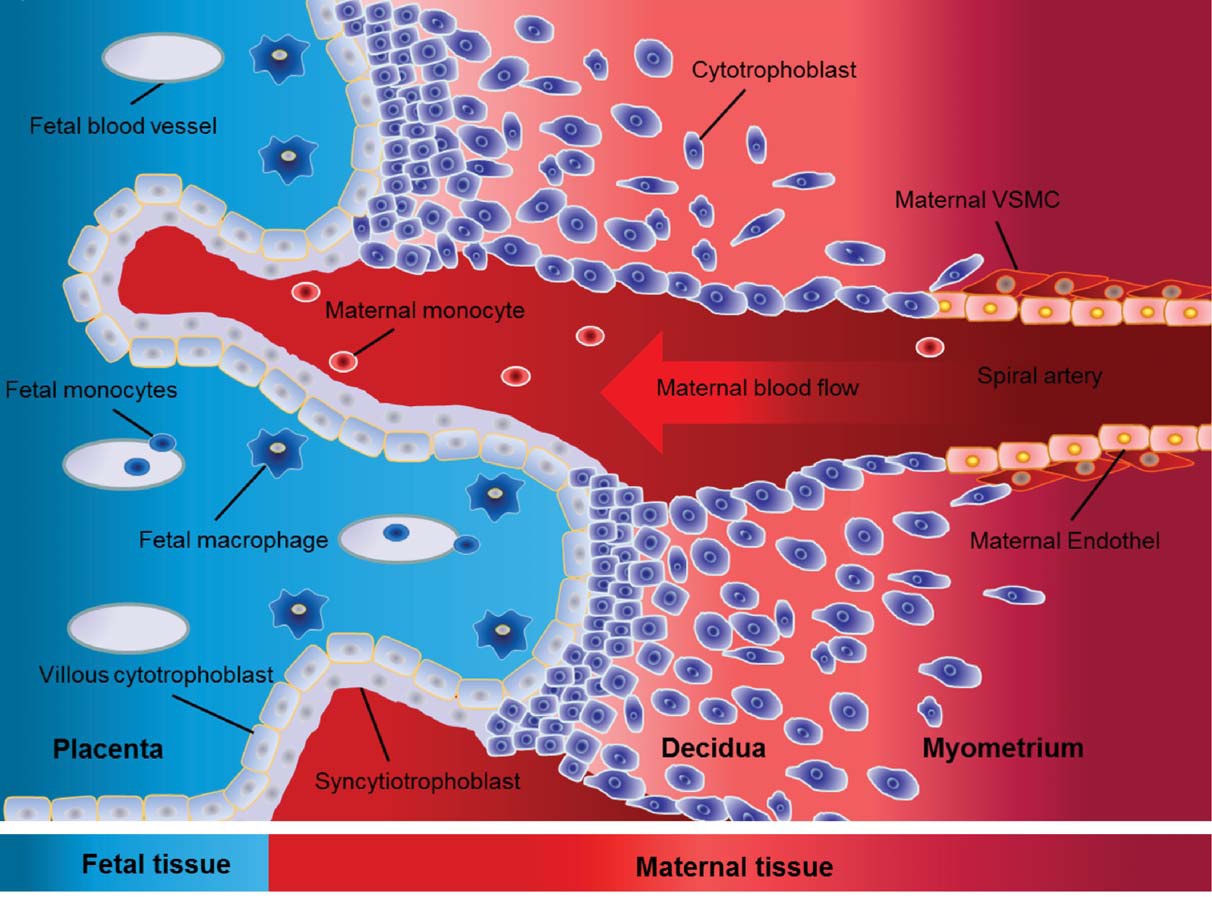 We hypothesized that Cluster of differentiation 74 (CD74) downregulation on placental macrophages, leading to altered macrophage-trophoblast interaction, is involved in preeclampsia.