The metabolic impacton histone acetylation and transcription in ageing 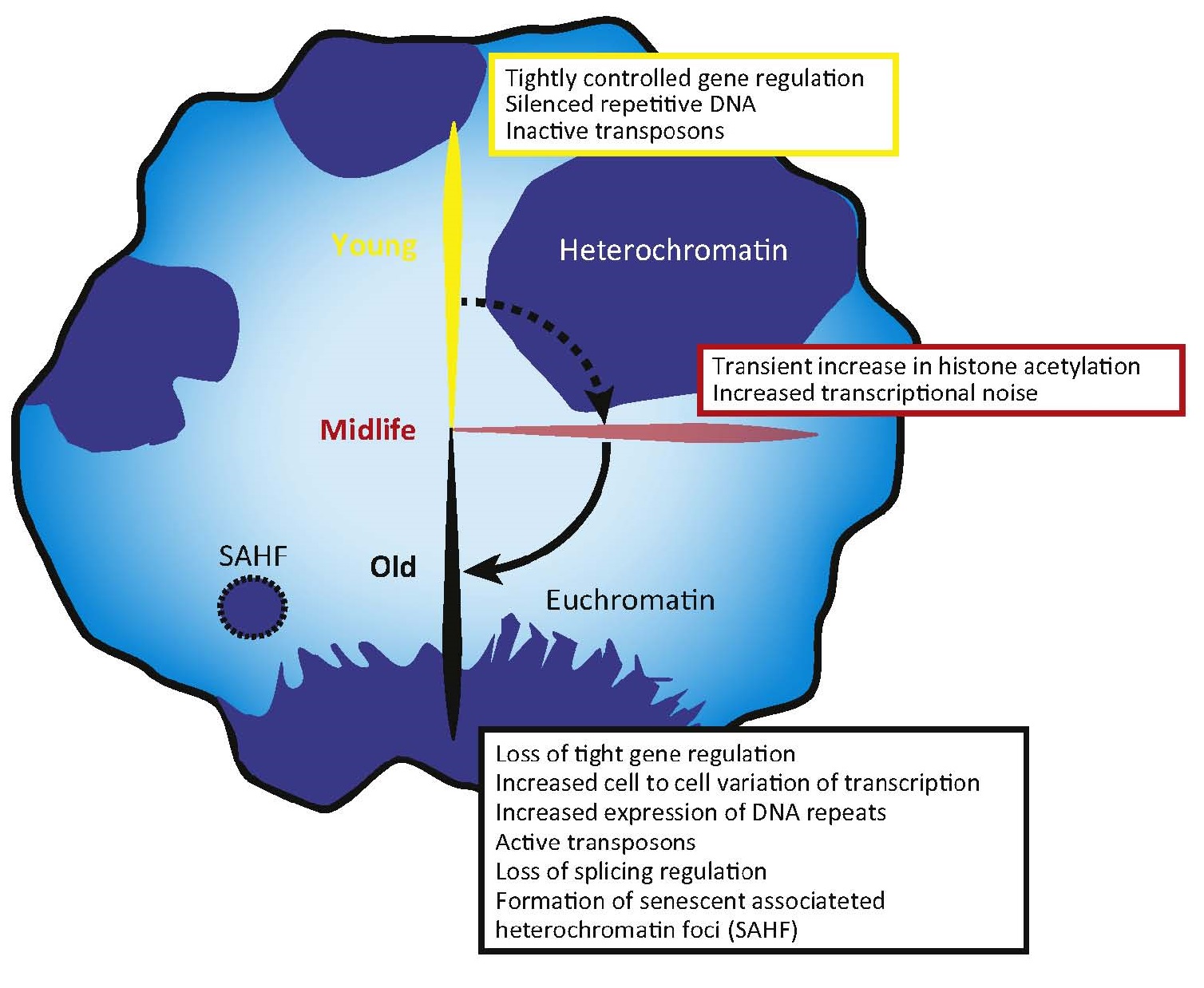 Loss of cellular homeostasis during aging results in altered tissue functions and leads to a general decline in fitness and, ultimately, death. As animals age, the control of gene expression, which is orchestrated by multiple epigenetic factors, degenerates. In parallel, metabolic activity and mitochondrial protein acetylation levels also change. These two hallmarks of aging are effectively linked through the accumulating evidence that histone acetylation patterns are susceptible to alterations in key metabolites such as acetyl-CoA and NAD+, allowing chromatin to function as a sensor of cellular metabolism. In this review we discuss experimental data supporting these connections and provide a context for the possible medical and physiological relevance.

Epigenetic marks such as the acetylation of histones change substantially when animals age. These changes can already be observed when animals reach midlife.

Changes in key metabolites during early aging result in changes in post-translational modifications of metabolic enzymes. This potentially leads to a transient increase in metabolic activity when animals reach midlife.

Mutations in genes that link metabolism and chromatin, such as lysine acetyl transferases (KATs), lysine deacetylases (KDACs) (sirtuins), and ATP citrate lyase (ACLY/ATPCL), have been shown to influence lifespan and the development of age-associated diseases.