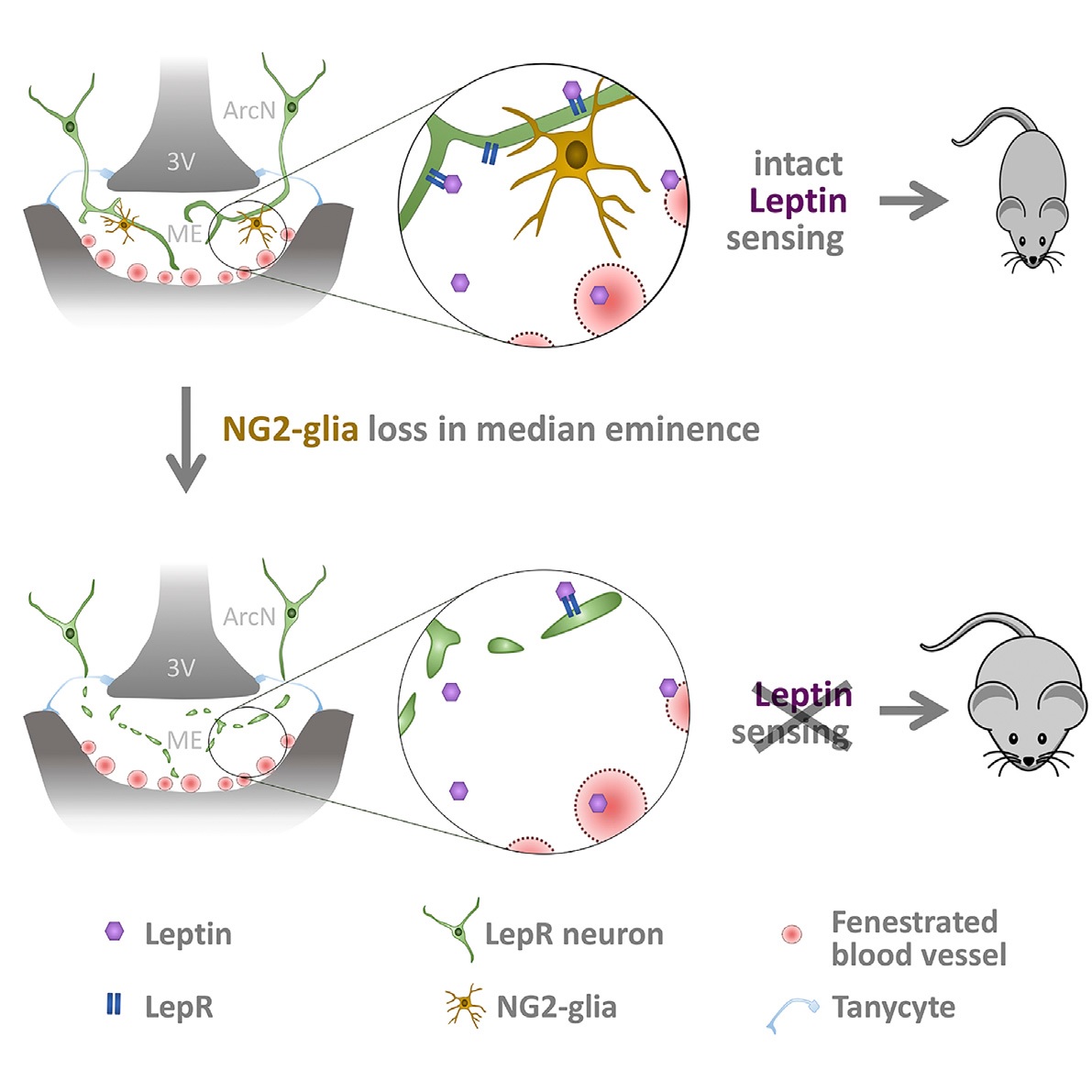 •Pharmacological and genetic ablation of NG2-glia, but not microglia, leads to obesity
•NG2-glial ablation causes LepR processes in the median eminence to degenerate
•Arcuate nucleus LepR neurons lose responsiveness to leptin after NG2-glia ablation
•X-irradiation aimed at the median eminence is sufficient for weight gain induction

While leptin is a well-known regulator of body fat mass, it remains unclear how circulating leptin is sensed centrally to maintain energy homeostasis. Here we show that genetic and pharmacological ablation of adult NG2-glia (also known as oligodendrocyte precursors), but not microglia, leads to primary leptin resistance and obesity in mice. We reveal that NG2-glia contact the dendritic processes of arcuate nucleus leptin receptor (LepR) neurons in the median eminence (ME) and that these processes degenerate upon NG2-glia elimination, which explains the consequential attenuation of these neurons’ molecular and electrical responses to leptin. Our data therefore indicate that LepR dendrites in the ME represent the principal conduits of leptin’s anorexigenic action and that NG2-glia are essential for their maintenance. Given that ME-directed X-irradiation confirmed the pharmacological and genetically mediated ablation effects on body weight, our findings provide a rationale for the known obesity risk associated with cranial radiation therapy.