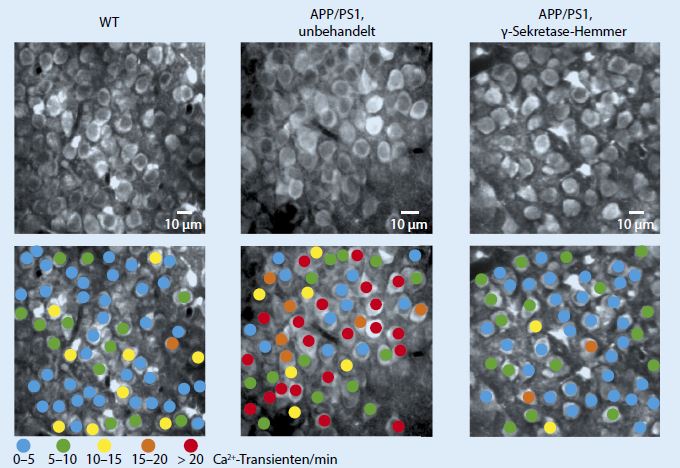 Alzheimer's disease (AD) is characterized by the pathological accumulation of amyloid-beta (Abeta) and tau peptides in the brain. Recent evidence suggests that the soluble peptide amyloid-eta (Aeta) may have an additional role in the pathogenesis of AD. The detailed investigation of the cellular and neurophysiological mechanisms underlying AD has revealed surprising results that may become highly relevant for the early diagnosis and treatment of the disease. By analyzing the function of single neurons and large-scale networks in intact brains in vivo it has been shown that A-beta, tau and A-eta abnormally modulate brain activity and obviously unfold contrasting effects: while A-beta promotes neuronal hyperactivity as well as epileptiform activity, tau and A-eta reduce the activity of neurons. Promising new evidence from animal studies and humans with AD indicates that the treatment of hyperactivity may improve cognitive dysfunctions and even slow the underlying disease process.