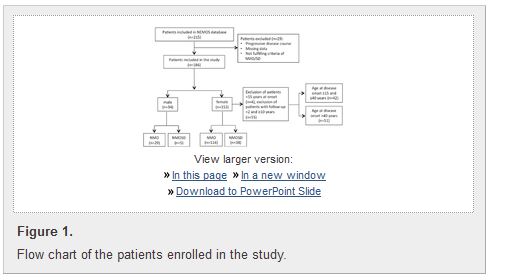 Methods: Female-to-male ratios, diagnosis at last visit (NMO vs NMOSD), attack localization, attack treatment, and outcome were compared according to sex and age at disease or attack onset.

Conclusion: Our data suggest an influence of sex and age on susceptibility to AQP4-ab-positive NMO/SD. Genetic and hormonal factors might contribute to pathophysiology of NMO/SD.