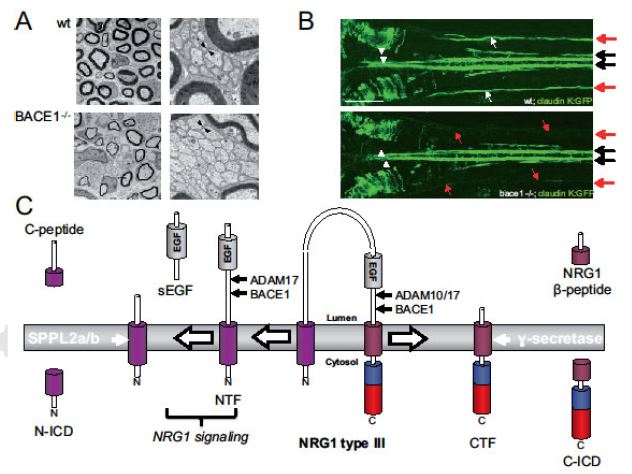 The β-site APP cleaving enzymes 1 and 2 (BACE1 and BACE2) were initially identified as transmembrane aspartyl proteases cleaving the amyloid precursor protein (APP). BACE1 is a major drug target for Alzheimer's disease (AD) because BACE1-mediated cleavage of APP is the first step in the generation of the pathogenic amyloid-β peptides. BACE1, which is highly expressed in the nervous system, is also required for myelination by cleaving neuregulin 1. Several recent proteomic and in vivo studies using BACE1- and BACE2-deficient mice demonstrate a much wider range of physiological substrates and functions for both proteases within and outside of the nervous system. For BACE1 this includes axon guidance, neurogenesis, muscle spindle formation and neuronal network functions, whereas BACE2 was shown to be involved in pigmentation and pancreatic β-cell function. This review highlights the recent progress in understanding cell biology, substrates and functions of BACE proteases and discusses the therapeutic options and potential mechanism-based liabilities, in particular for BACE inhibitors in AD.