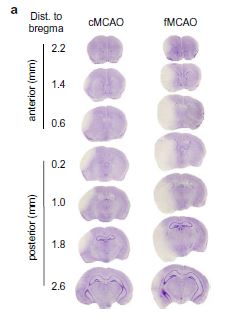 Infectious complications are the leading cause of death in the post-acute phase of stroke. Post-stroke immunodeficiency is believed to result from neurohormonal dysregulation of the sympathetic nervous system (SNS) and hypothalamic-pituitary-adrenal (HPA) axis. However, the differential effects of these neuroendocrine systems on the peripheral immune cells are only partially understood. Here, we determined the impact of the hormones of the SNS and HPA on distinct immune cell populations and characterized their interactions after stroke. At various time points after cortical or extensive hemispheric cerebral ischemia, plasma cortisone, corticosterone, metanephrine and adrenocorticotropic hormone (ACTH) levels were measured in mice. Leukocyte subpopulations were flow cytometrically analyzed in spleen and blood. To investigate their differential sensitivity to stress hormones, splenocytes were incubated in vitro with prednisolone, epinephrine and their respective receptor blockers. Glucocorticoid receptor (GCR) and beta2-adrenergic receptor (β2-AR) on leukocyte subpopulations were quantified by flow cytometry. In vivo effects of GCR and selective β2-AR blockade, respectively, were defined on serum hormone concentrations, lymphopenia and interferon-γ production after severe ischemia. We found elevated cortisone, corticosterone and metanephrine levels and associated lymphocytopenia only after extensive brain infarction. Prednisolone resulted in a 5 times higher cell death rate of splenocytes than epinephrine in vitro. Prednisolone and epinephrine-induced leukocyte cell death was prevented by GCR and β2-AR blockade, respectively. In vivo, only GCR blockade prevented post ischemic lymphopenia whereas β2-AR preserved interferon-γ secretion by lymphocytes. GCR blockade increased metanephrine levels in vivo and prednisolone, in turn, decreased β2-AR expression on lymphocytes. In conclusion, mediators of the SNS and the HPA axis differentially affect the systemic immune system after stroke. Moreover, our findings suggest a negative-feedback of corticosteroids on the sympathetic axis which may control the post-stroke stress-reaction. This complex interplay between the HPA and the SNS after stroke has to be considered when targeting the neurohormonal systems in the post acute phase of severe stroke.