Anosognosia for hemiparesis after left-sided stroke 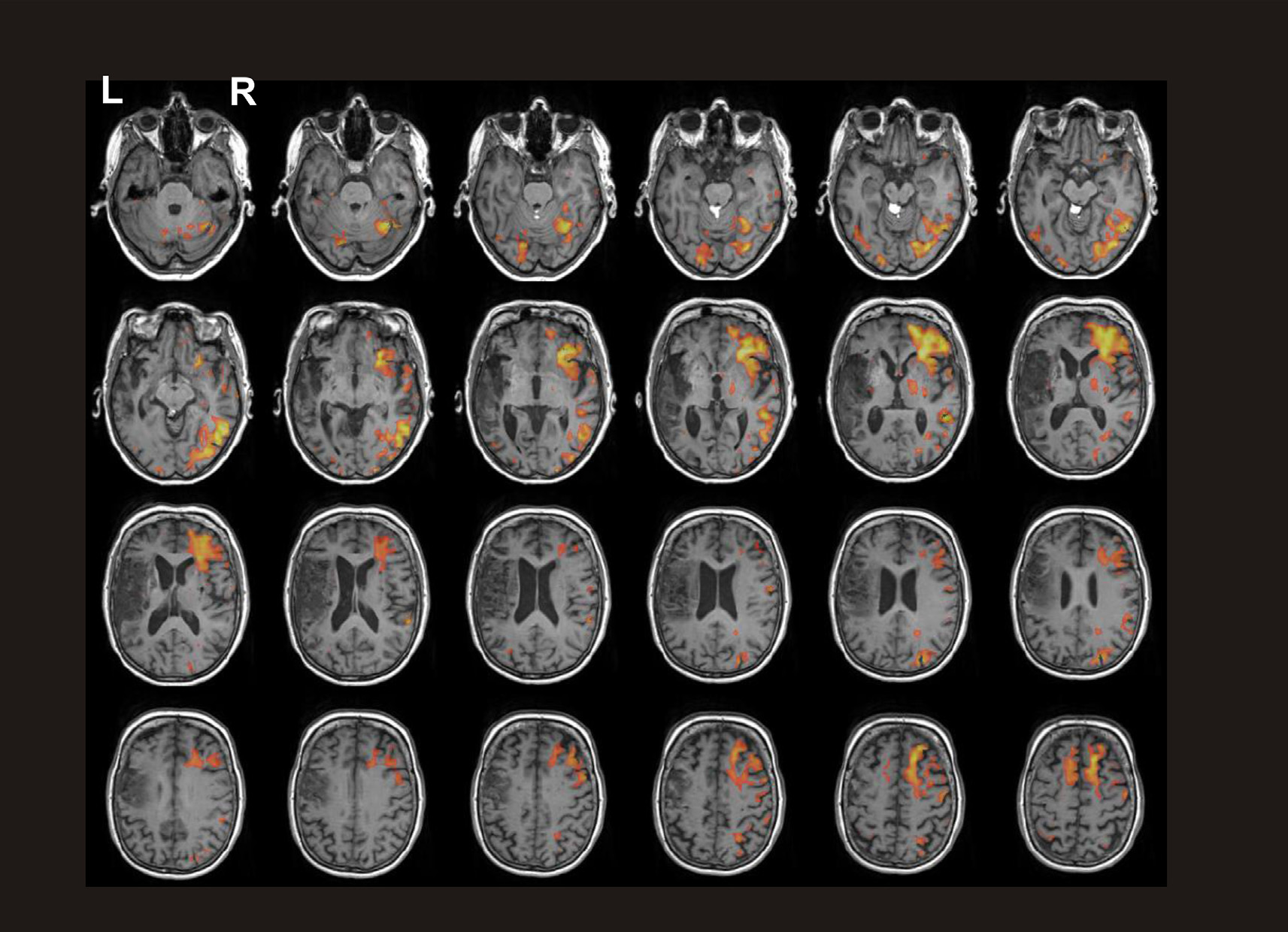 In patients with left-sided lesions, anosognosia for hemiparesis (AHP) seems to be a rare phenomenon. It has been discussed whether this rareness might be due to an inevitable bias due to language dysfunction and whether the left hemisphere's role for our self-awareness of motor actions thus is underestimated. By applying functional magnetic resonance imaging (fMRI) we examined whether patients with AHP following a left hemisphere stroke show a regular, left-sided or a reversed, right-sided lateralization of language functions. Only the former observation would argue for an original role of the left hemisphere in self-awareness about limb function. In a consecutive series of 44 acute left-sided stroke patients, only one patient (=2%) was identified showing AHP. In this case, we could verify by using fMRI that lateralization of AHP and spatial neglect on the one hand and of language functions on the other hand were reversed. The present single case observation thus argues against an original role of the left hemisphere in self-awareness about limb function. We discuss the data in the context of previous observations in the literature.