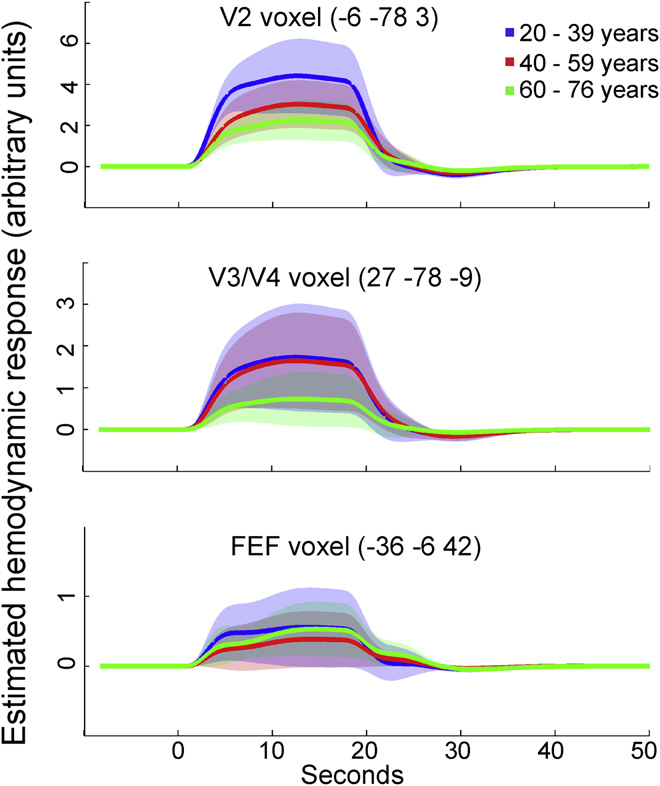 The present study aimed to reveal the effects of age on the temporal profile of the positive blood-oxygen-level-dependent response (PBR) during low-velocity optokinetic nystagmus (OKN) in healthy subjects. We were specifically interested in comparing these effects with the effects of age on the PBR elicited by pure visual and motor tasks. Therefore, we conducted 2 additional control experiments: a checkerboard experiment (visual stimulation) and a finger-tapping (motor task) experiment. Whereas the oculomotor performance of the subjects remained unaltered, the temporal profile of the PBR changed significantly with increasing age in visual and oculomotor areas. None of the control experiments revealed significant age-related PBR changes. Thus, this study demonstrates that the PBR changes during OKN occur before any changes in the oculomotor performance can be detected. These effects of age are specific for the OKN task and probably reflect both changes in the neurovascular coupling and changes in the neural processing during OKN.