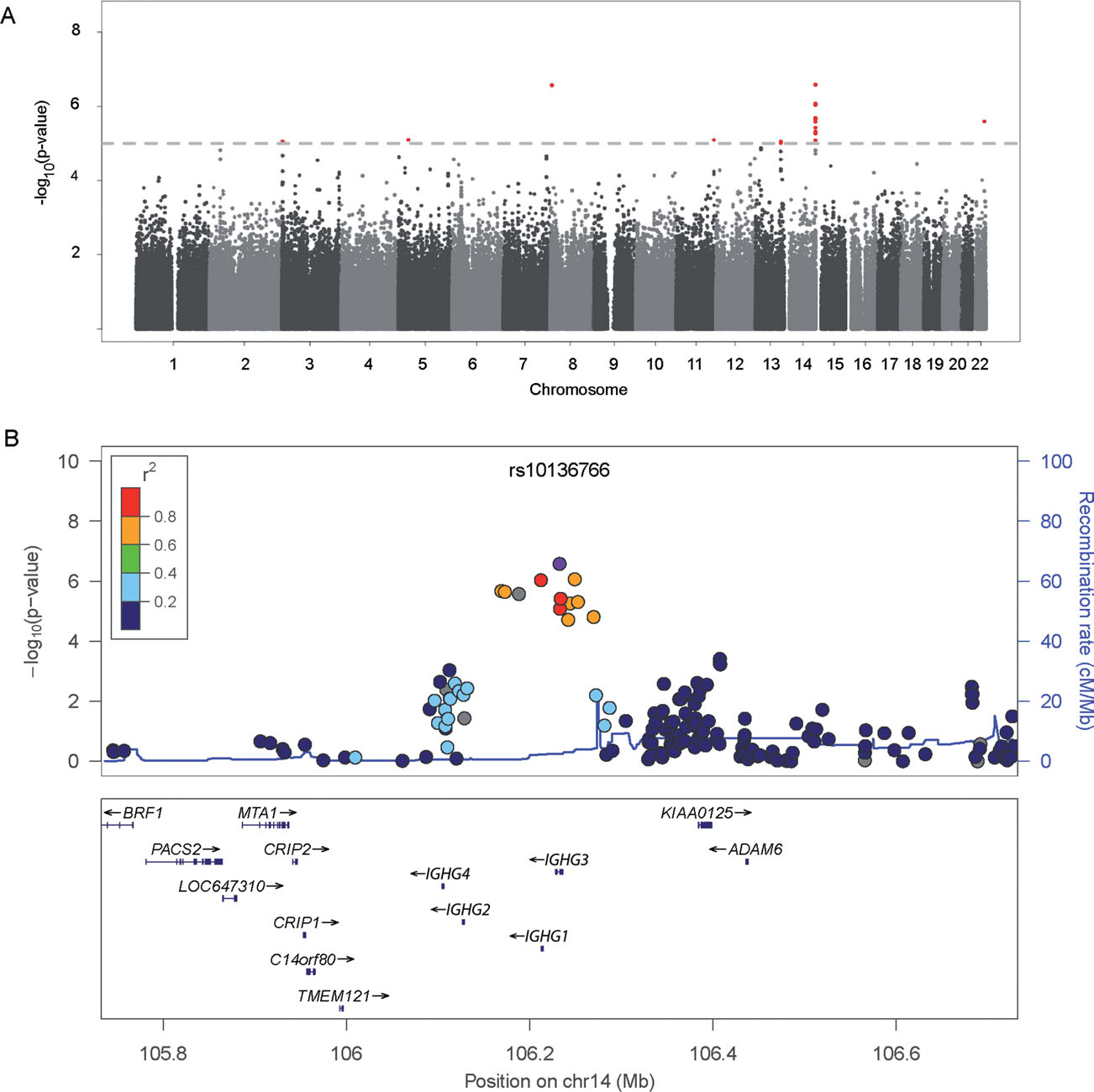 We performed a genome-wide association study of the IgG index in a discovery series of 229 patients. For confirmation we performed a replication in 2 independent series comprising 256 and 153 patients, respectively. The impact of associated single nucleotide polymorphisms (SNPs) on MS susceptibility was analyzed in an additional 1,854 cases and 5,175 controls.

Significant association between the IgG index and 5 SNPs was detected in the discovery and confirmed in both replication series reaching combined p values of p = 6.5 × 10(-11) to p = 7.5 × 10(-16) . All identified SNPs are clustered around the immunoglobulin heavy chain (IGHC) locus on chromosome 14q32.33 and are in linkage disequilibrium (r(2) range, 0.71-0.95). The best associated SNP is located in an intronic region of the immunoglobulin gamma3 heavy chain gene. Additional sequencing identified the GM21* haplotype to be associated with a high IgG index. Further evaluation of the IGHC SNPs revealed no association with susceptibility to MS in our data set.

The extent of intrathecal IgG in MS is influenced by the IGHC locus. No association with susceptibility to MS was found. Therefore GM haplotypes might affect intrathecal IgG synthesis independently of the underlying disease.