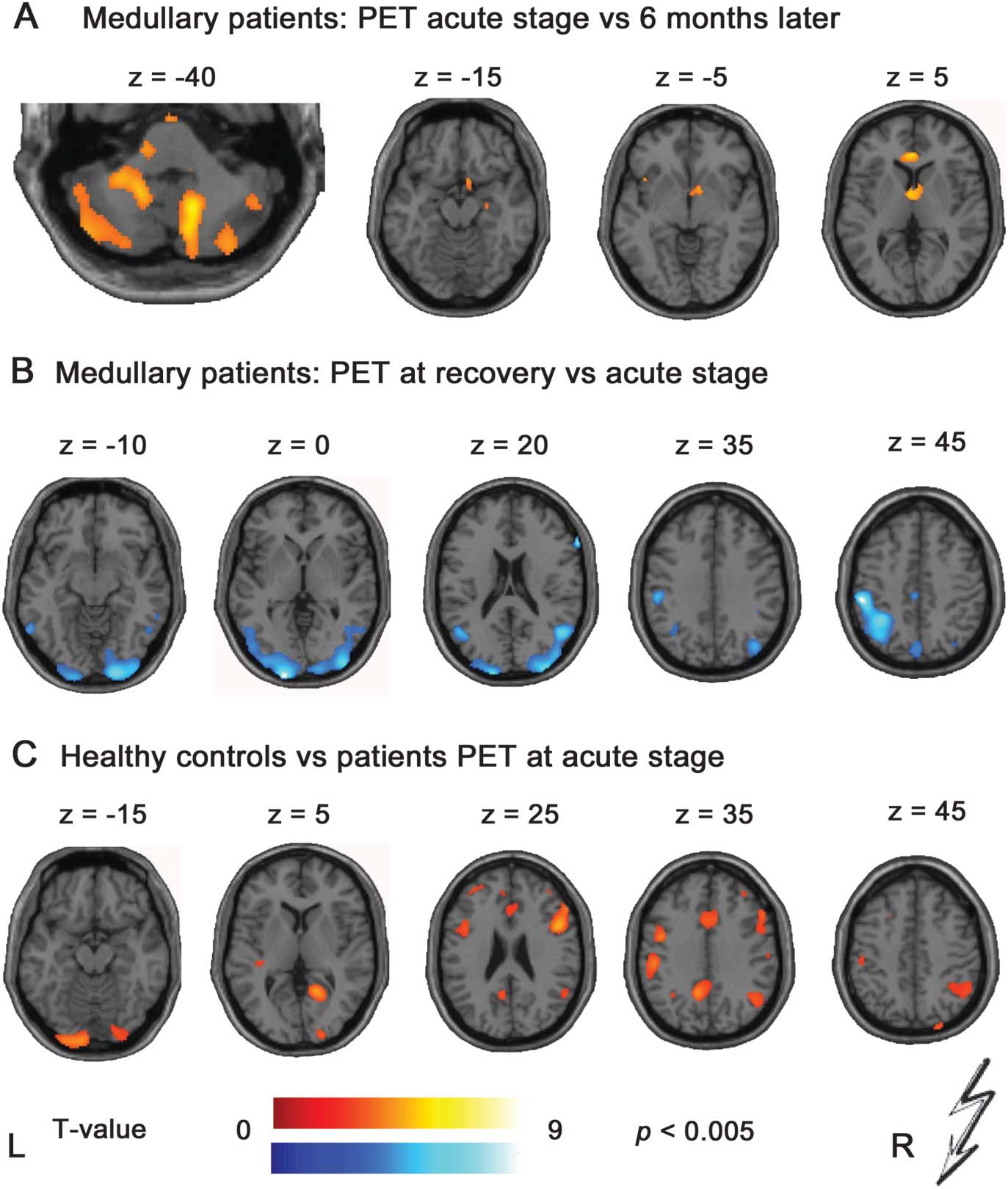 In the acute stage, the pattern of signal increases differed from that in peripheral vestibular lesions: whereas signals in the infratentorial areas in the contralateral medulla and cerebellum (peduncle, vermis, hemispheres) were increased, areas at the cortical level were largely spared. Signal decreases were found in similar sites in the visual cortex bilaterally.

The current data provide evidence that the lesion site significantly modifies the glucose metabolism pattern in an acute vestibular lesion. Different compensation strategies seem to be apparent: after vestibular nucleus lesions, compensation occurs preferably in brainstem-cerebellar loops; after peripheral lesions, it occurs at the cortical level.