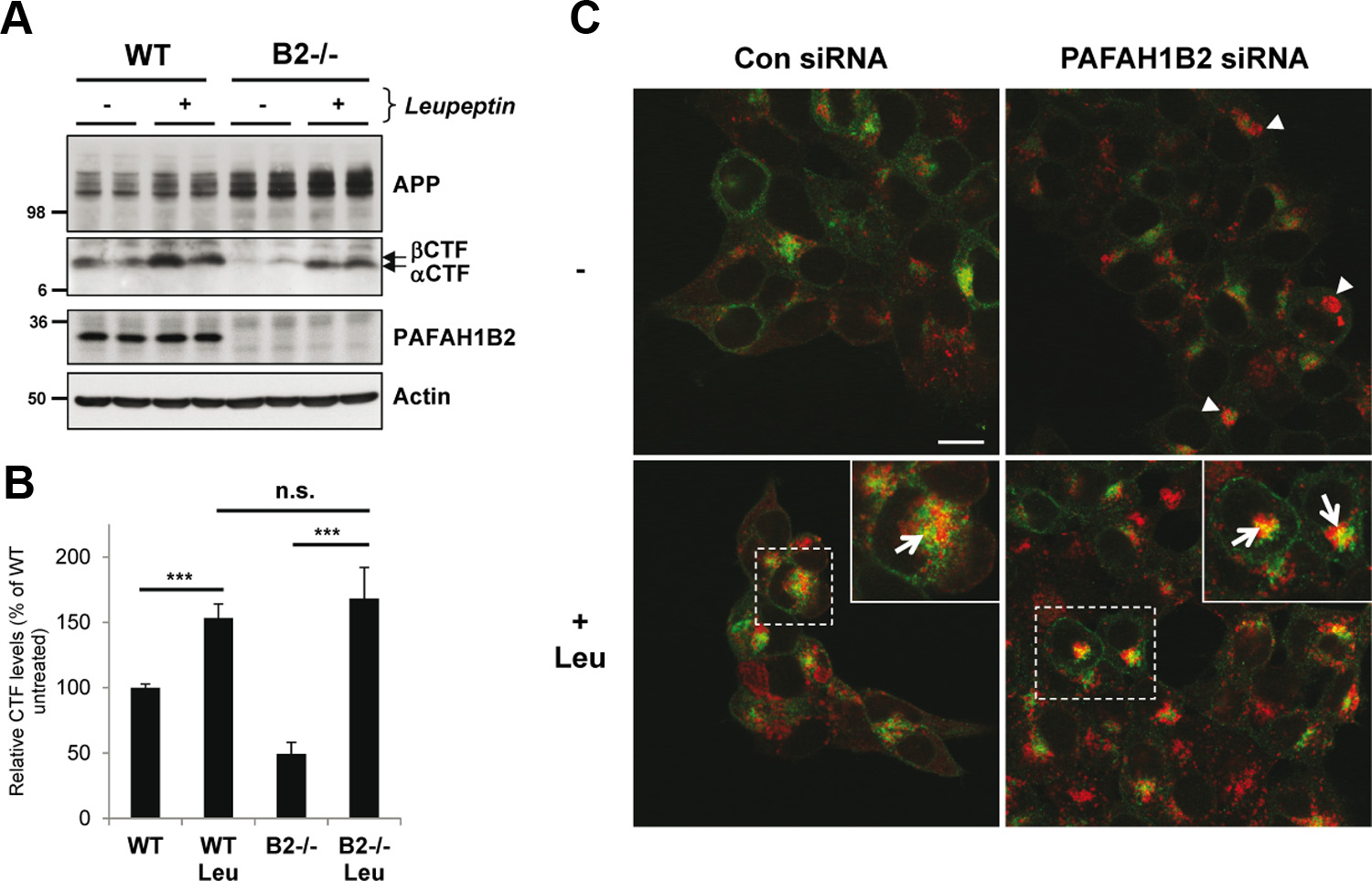 Amyloid-β peptide (Aβ) is believed to play a central role in the pathogenesis of Alzheimer's disease. In view of the side effects associated with inhibiting the secretases that produce Aβ, new molecular targets are required to provide alternative therapeutic options. We used RNA interference (RNAi) to systematically screen the Drosophila genome to identify genes that modulate Aβ production upon knockdown. RNAi of 41 genes in Drosophila cells significantly lowered Aβ without affecting general secretion or viability. After the γ-secretase complex components, the most potent effect was observed for platelet activating factor acetylhydrolase α (Paf-AHα), and, in mammalian cells, the effect was replicated for its ortholog PAFAH1B2. Knockdown of PAFAH1B2 strongly reduced Aβ secretion from human cells, and this effect was confirmed in primary cells derived from PAFAH1B2 knock-out mice. Reduced Aβ production was not attributable to altered β-amyloid precursor protein (APP) ectodomain shedding but was a result of an enhanced degradation of APP C-terminal fragments (CTFs) in the absence of PAFAH1B2 but not its close homolog PAFAH1B3. Enhanced degradation of APP CTFs was selective because no such effects were obtained for Notch or E-/N-cadherin. Thus, we have identified an important protein that can selectively modify Aβ generation via a novel mechanism, namely enhanced degradation of its immediate precursor. In view of the absence of a neurological phenotype in PAFAH1B2 knock-out mice, targeted downregulation of PAFAH1B2 may be a promising new strategy for lowering Aβ.