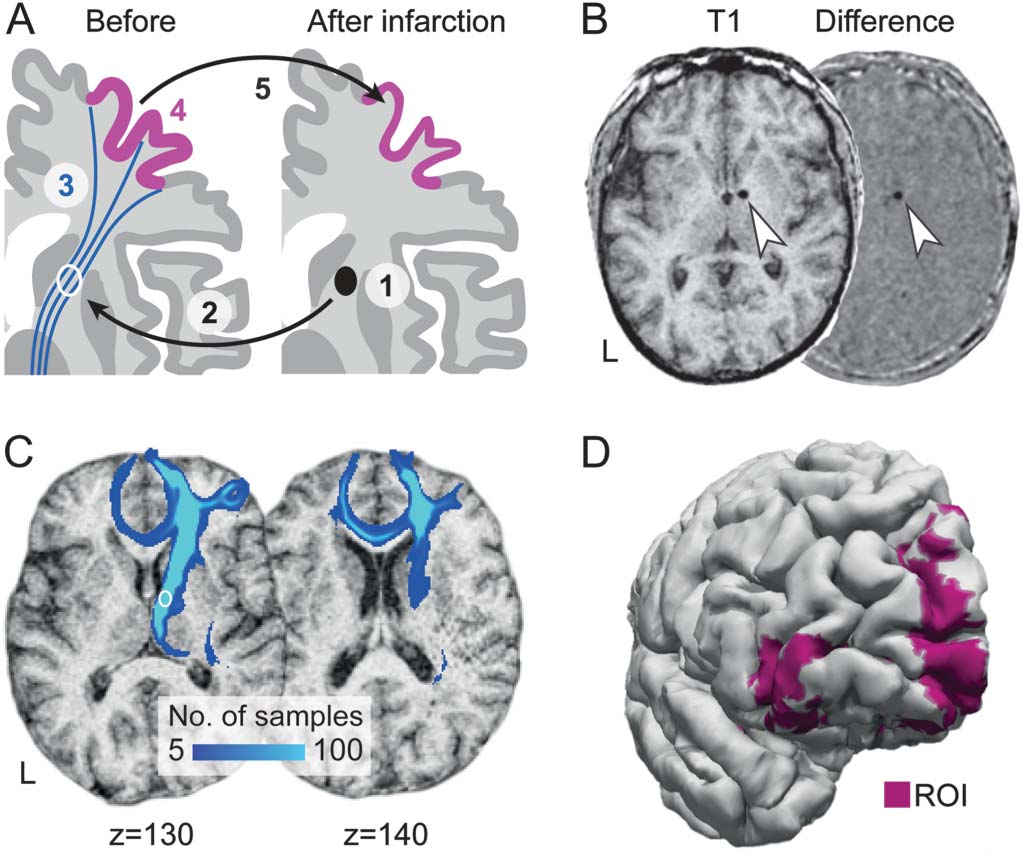 Brain atrophy is common in subcortical ischemic vascular disease, but the underlying mechanisms are poorly understood. We set out to examine the effects of incident subcortical infarcts on cortical morphology.

Nine subjects had a single incident infarct during the follow-up and were suitable for analysis. There was a strong correlation between the probability of connectivity and mean focal cortical thinning (p = 0.0039). In all subjects, there was focal cortical thinning in cortical regions with high probability of connectivity with the incident infarct. This pattern was not observed when using control tractography seeds.

Our findings provide in vivo evidence for secondary cortical neurodegeneration after subcortical ischemia as a mechanism for brain atrophy in cerebrovascular disease.